Hello, it looks like you are using an out of date browser. For the best experience, please consider upgrading to Microsoft Edge, Google Chrome, or Firefox

Helping others that can't help themselves is what the staff at Novocastrian Electrical do best.

Sharon and Gary Considine (Director of Novocastrian Electrical) have always been well known to many people in the Hunter Region. Born and bred in Newcastle they were actively involved in the community through their love of sport, namely touch football and rugby union.

In 2005 Sharon was diagnosed with ovarian cancer, and after an operation and intensive chemotherapy she recovered well. She had a further recurrence in 2011, undergoing further surgery and chemotherapy.

At the time of Sharon’s treatment Gary faced serious health issues and was diagnosed with Melanoma.  Throughout all of this adversity both Sharon and Gary showed remarkable strength and resilience.

In recognition of their strength and courage throughout their serious cancer illnesses, in 2010 a group of family and friends decided to form a group to help make a difference to the lives of other people in the Hunter also undertaking similar journeys through Cancer, and ‘Supporters of Cancer’ (SOC) was born.  Since then SOC has been conducting fundraising events to raise awareness and to provide support services for people in the Hunter who have ovarian and melanoma cancer and their families. To date they have raised over $360,000 and all of the funds have been distributed locally in the region.

In 2015 Sharon had a further recurrence of her ovarian cancer, and sadly after a brave battle succumbed to her illness and passed away on 29 October.  Her funeral was attended by over 1,000 people and is a testament to the esteem in which her friends, family and peers held her.

In January 2017, ‘Supporters of Cancer’ rebranded to ‘Stop Ovarian Cancer’, still called SOC, and the committee, along with Gary and family continue to focus on promoting awareness and raising funds for ovarian cancer programs.  In Sharon’s memory SOC has established the ‘Sharon Considine Memorial Study Grant’, which sponsors nurses undertaking postgraduate training in oncology nursing.

Novocastrian Electrical staff and friends recently completed the City to Surf to raise awareness for Ovarian Cancer and help raise funds for SOC (Stop Ovarian Cancer) Newcastle. It was a great day out with friends and family.

Why a Strong Focus on Safety is so Important 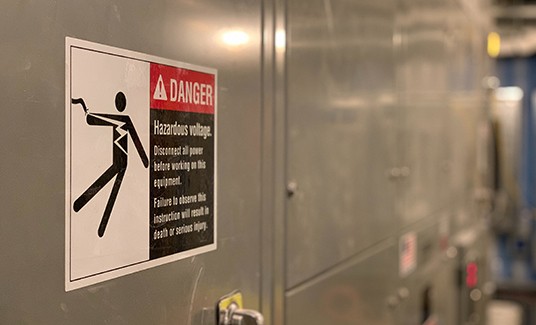 Good electricians have a clear understanding of electrical safety codes and procedures. Not only that, but they put those standards into practice every day. But what does that mean for you?

What Are the Risks of DIY Electrical Work and are they Worth it? Unlicensed Electrical Work is Illegal and the Fines are High Under section 18 of the Electrical Safety Act 2002 it is illegal to carry out unlicensed electrical work. But what does the Act define as ‘electrical work’?

What Qualities Should You Look For in an Electrician?

Aside from having the right skills and qualifications, there are other factors you should look for when you hire an electrician – traits that go beyond their technical capabilities.